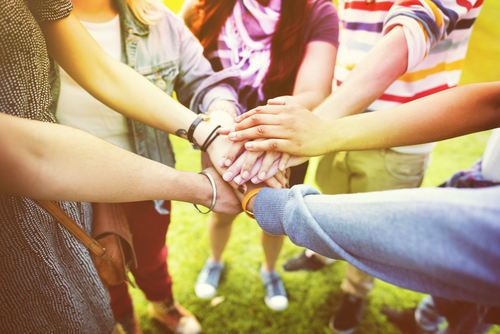 Contrary to popular belief, unions are not designed to only benefit the worker. In fact, unions have proven time and time again to benefit surrounding communities in many ways. Here are 5 ways that unions help our society thrive.

The average union member makes approximately $5.28 more per hour than the average non-union worker. We’re all well aware of the fact that the more you make, the more you are able to afford. So where there are more people earning a reasonable wage, you can expect more people buying more goods and services, thus, supporting surrounding businesses, creating more jobs, and making the economy grow as a whole.

Once again, the average union member makes significantly more than the average non-union member, this greatly benefits the government because as workers start earning more, they pay more taxes and therefore support public services and programs provided by the government.

Getting involved with charities and local communities is a major part of what many unions do. Teamsters 987 is no exception. Our members and executives are passionate about supporting those in need, and we are proud to be able to team up with many charities and nonprofit organizations that doing amazing things in our communities.

With negotiations going into benefits and pensions, union members are more likely to have financial security, meaning the don’t need to rely on social programs or family support in retirement.

Unions are actively challenging standards and legislation in order to create a better life for all workers. Unions go far beyond just benefiting their members; we fight for all workers, we fight for a stronger society, and we refuse to settle substandard laws and practices.

How tipping is hurting workers in the restaurant industry