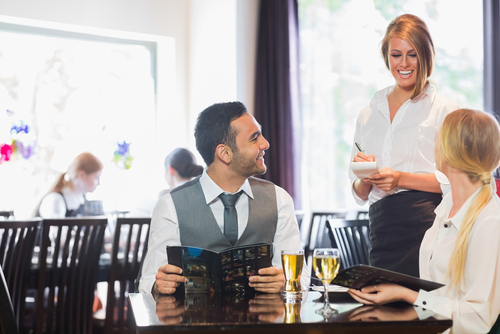 The restaurant industry is full of sexual harassment occurrences, but it wasn’t until the #MeToo movement that this was really brought to the surface. More and more restaurant workers seem to be coming forward with stories that indicate sexual harassment has become ‘part of the job.’ Here’s how the current tipping climate is harming workers and, in many ways, encouraging sexual harassment.

Let’s start by answering the question ‘why the restaurant industry?’

It’s simple, a significant portion of restaurant workers’ salary comes from their tips. This reality has led to many workers, but more specifically women, having to put up with inappropriate comments, behaviour and requests in an effort to pay their bills. And not only are these employees obligated to put up with harassment in their place of work, but they are expected to smile and in many cases encourage the inappropriate behaviour in order to secure their tips for the evening.

Now don’t get us wrong, we have no issue with the concept of tipping. We love that tipping is a normalized practice as it ensures that workers are being rewarded for their hard work and helps close the gap between their hourly wage and a comfortable living wage. However, this is not the sentiment with which most people approach tipping. In many cases, tipping has become a vehicle through which workers are taken advantage of. As costs of living continue to increase and with systems such as tipped wages in the U.S.*, the system of tipping continues to add ambiguity to wages in the service industry and in many ways create an unsafe working environment, especially for women.

Once again, we have no problem with the concept of tipping based on your experience. However, where this system should be used to reward workers for exceptional service, it has been used to punish them and take advantage of them, and this has to stop!

Every worker deserves to feel safe at work, and an employee’s wage should never depend on their willingness to tolerate harassment.

Some restaurants have worked to combat issue this by asking their customers not to tip at all. Insead, they have raised the prices of their menu items slightly in order to offer all employees a higher, livable wage. We respect this approach to leadership as it puts the onus on the employer to ensure all workers are compensated fairly and consistently.

We would love to see more restaurants step up to protect their workers like this. At Teamsters 987, we believe that everyone deserves to be treated with respect and dignity, regardless of if they’re a CEO or a server, and regardless of if they’re having a good day or a bad day. We’ll try to remember this the next time we’re out at a restaurant, and we hope you will too. Be kind to your servers, tip compassionately, and seek to extend dignity and respect to your fellow workers any way you can.

*Tipped wage is a base wage paid to employees that earn tips. This allows employers to pay their staff below minimum wage. For example, in some US states, employees make as little as $2.13/hour as a base wage, the rest of their wage is made in tips.