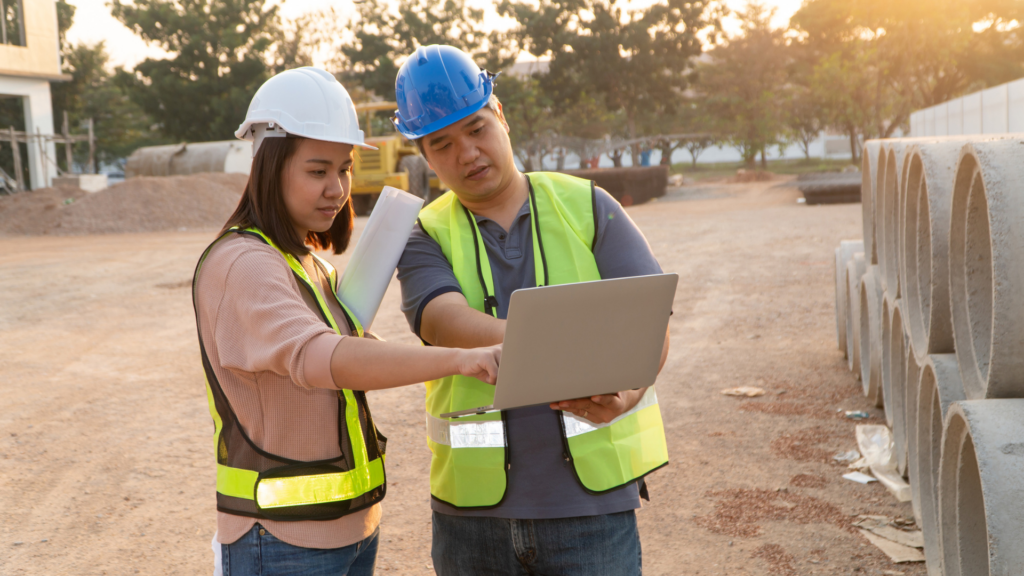 Women have come a long way in the workplace, but there’s still a long way to go. If you’re a woman working in a male-dominated field, then you know what it’s like to be in the minority. Women are paid less than men for doing the same job, they’re less likely to be promoted, and they’re more like to deal with discrimination. Male-dominated industries are vulnerable to reinforcing stereotypes and creating unfavourable environments for their female counterparts, including high stress and anxiety levels, lack of mentoring, pervasive stereotypes, and sexual harassment.

According to Catalyst, women account for a mere 22.9% of Canada’s transportation and warehousing workforce and make up only 13.3% of the construction industry. Sometimes you feel like you have to prove yourself over and over again, while other times you feel like an outsider in your own office. But you’re not alone. Thousands of women are dealing with the same challenges every day, we’re here to help.

1. Women are making their voices heard.

Women in male-dominated industries often feel isolated and anxious, but despite all of the obstacles, women are persistently pushing through and achieving success in male-dominated industries. Your unique opinions, ideas, and skills are an asset to your team that shouldn’t be hidden. With more women speaking out and fighting for change, things are slowly starting to shift. Women are demanding to be treated fairly and given the same opportunities as men, and they’re not backing down until they get what they deserve. It’s not easy being a woman in a man’s world, but it’s worth it because when you succeed, you pave the way for other women to follow in your footsteps.

2. Women deserve equality in the workplace.

Even in more progressive workplaces, women often have to work much harder than their male colleagues to gain the same level of respect, opportunity, and compensation. This unfair treatment of women in the workplace can take a toll on women’s mental and physical health. Although we have made progress in terms of women’s rights in the workplace, there is still a ways to go. Until all women are treated, compensated, and represented fairly at work, we will all have to continue putting in extra effort to earn the respect women deserve. Teamsters987 is raising awareness and advocating for change to help create a more equal and fairer workplace for all women.

3. Put an end to gender inequalities in the workplace.

Standing up to unfair treatment and discrimination against women in the workplace can be a difficult task. This is especially true in male-dominated work environments, where women may feel that they need to put up with mistreatment to keep their jobs. However, women need to speak out against discrimination and harassment both for themselves and for other women who may be facing similar challenges. Use your voice to make a difference.

In a union environment, all members are treated equally as part of their collective bargaining agreement. We believe that all women should be treated fairly at work. Join Teamsters987 and help make this a reality. Contact us for support and guidance today.

The Best Way to Engage With Your Labour Union
Can My Employer Force Me to Take Training Without Pay?

The Best Way to Engage With Your Labour Union

Can My Employer Force Me to Take Training Without Pay?