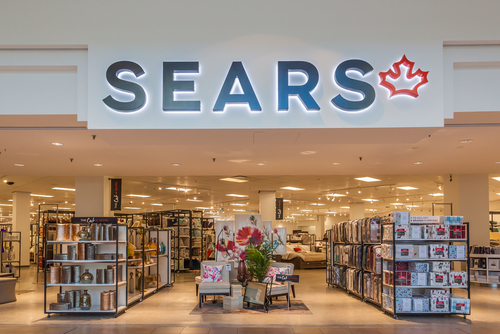 It’s been all over the news for months, reminding employees all over Canada that they may not be as protected as they think. The liquidation of Sears Canada has captured the attention of the entire country and left workers and advocates absolutely floored by the poor treatment of employees.

On June 22, 2017, Sears Canada announced that it would be closing 59 stores across Canada, leaving almost 3,000 employees out of work. Later, on October 10, 2017, Sears sought court approval to close all remaining stores, eliminating approximately 12,000 jobs. But that’s not the worst part. The worst part is that Sears offered no severance pay for laid-off employees, and retired Sears workers were being slapped with pension cuts.

Lives were being destroyed left, right and center. Meanwhile, in the presence of layoffs with absolutely no compensation, a whopping $9.2 million was being divided among 43 senior managers. This was the perfect example of the rich getting richer, and the middle class…well, this is what happened to them:

Lisa Okill worked at Sears Canada for 26 years. Just days after her 100th birthday, Okill discovered that she no longer had health benefits or life insurance as Sears Canada ceased payments to the plan. Read the full story here.

Rose Dalessandro was a Sears employee at the time of the liquidation. Dalessandro worked as a sales manager for two decades and was suddenly unable to pay for her two children’s dental appointments. Read more.

Although the actions of Sears Canada are sorely disappointing to say the least, the sad part is they’re not that surprising. Corporate greed is an incredibly prominent issue in our own province. For example, the Postmedia layoffs that left approximately 90 workers unemployed. Meanwhile, Postmedia’s 5 top executives were paid approximately $2.3 million in retention bonuses.

Time after time, the comfort of the rich is being put before the needs and rights of workers, and we’re tired of it. We refuse to let corporate greed become an accepted norm. As a province and a country, we need to hold our business leaders to a higher standard. This change will not happen all at once. We all need to shine a light on this issue and continue these discussions so that corporate greed becomes a thing of the past.

Tips for finding the perfect holiday gift under $30

Holiday Activities on a Budget