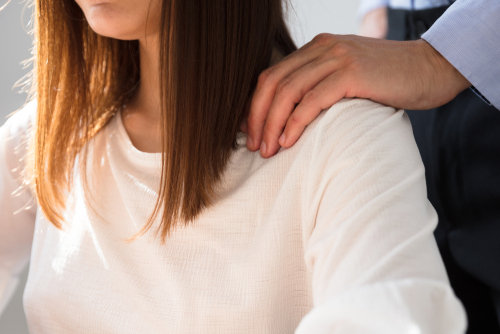 Sexual harassment is unfortunately one of the biggest workplace issues faced by workers every single day. In fact, roughly 22% of Canadians have experienced sexual harassment in their place of work. But it isn’t always as easy to identify as it may seem. Sexual harassment takes many different forms, but regardless of its form, it is discrimination, it is illegal, and it should not be tolerated.

Sexual harassment can be obvious offensive such as:

In addition to this, sexual harassment also includes more ‘subtle’ offences such as:

It’s important to remember that in order for behaviour to be considered sexual harassment, it does not need to come from a boss. While a lot of sexual harassment does unfortunately take place at the hands of employers who have chosen to abuse their power, you can also be sexually harassed by a coworker.

Harassment has the power to cause long term damages to victims, and in addition to this, those suffering from sexual harassment in the workplace are forced to face an environment everyday that is hostile and unsafe. This is not okay.

If you are being sexually harassed at work, there are two things you should do:

All workers deserve to be safe and treated with dignity in their place of work, which is why no one should ever be afraid to seek help if they are being harassed at work. Our province has laws in place to protect you from this type of abuse, so if you’re in this position, reach out to us.

6 Time management tips for better productivity
Youth education: we need to do better

Youth education: we need to do better