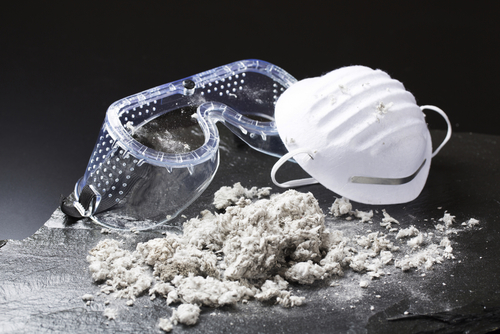 As of December 30, the use of asbestos and products containing asbestos will officially be banned in Canada.

Asbestos fibres are a soft substance that are resistant to heat, electricity and chemical corrosion. Asbestos is an extremely effective and economical insulator, and as a result was used for decades to build houses and building. As effective as it may be, asbestos is also an incredibly toxic substance. Exposure to asbestos has been proven to cause scarring in the lungs and cancer, both of which can be fatal.

A report from World Health Organization revealed that approximately 125 million workers are exposed to asbestos in their place of work. The same report goes on to disclose that “Approximately half of the deaths from occupational cancer are estimated to be caused by asbestos.”

Many think that asbestos has already been banned. But while homes built after the 1990s typically do not have asbestos and the last asbestos mine in Canada closed in 2011, the substance has still not been completely banned yet. Julie Ireton, a CBC reporter states that

“up until 2011, the government actively supported asbestos, mining sales the export of asbestos, often to poor countries where regulations were lacking.” Ireton then goes on to say “even though the exportation of asbestos stopped, imports did not…you can buy brake pads and clutches in Canada with asbestos to fix your car”

What the ban means

The ban that will come into effect December 30 will mean that it will officially be illegal to import, use or sell any goods containing asbestos. The new regulations also include protections for workers who may come into contact with asbestos.

Although it is disappointing that this ban didn’t come into effect long ago, we cannot deny that it’s a step in the right direction. This ban was indeed a long time coming, but we are happy to see it is finally coming to pass.

The countless fatalities that have resulted in the use of this substance are upsetting, to say the least. And while Canada is undoubtedly behind with this ban, we are pleased to see that we have finally taken this step in putting the safety of workers above profits.

View all posts by James →
Don’t get along with your supervisor? Here’s what you can do
4 Workplace Resolutions You’re Gonna Want to Make in 2019

Don't get along with your supervisor? Here's what you can do

4 Workplace Resolutions You're Gonna Want to Make in 2019